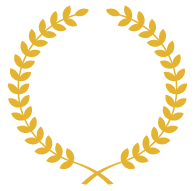 Zoom
Description:
Building the new High-speed train station in Logroño was a project that implied bringing the station building together with green spaces and new avenues that improve considerably both the image and the habitability of the city, being considered as an innovative and functional urban improvement.

The biggest challenge was blending in the station building itself with the green deck and making the viewpoint look natural. Other areas as the train station parking deck or the burying of the railways combined green spaces, parks, gardens bike lanes and new streets with notable improvements for both pedestrian and vehicles.

All which implied this project, made it advisable to use poliurethane membranes completely adhered to the surface for their elasticity, shear strenght and durability.
Details
Download project dossier